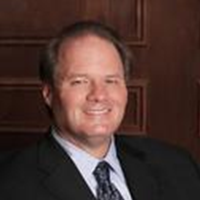 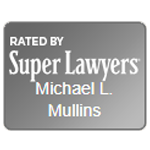 Michal L. Mullins, Senior Partner in Mullins Mullins Sexton & Reaves, PC, is an experienced Oklahoma trial attorney with an emphasis in the area of family law and domestic relations. Mr. Mullins focuses his practice on high-profile and complex divorces and other matters of domestic nature including legal separations, alimony, child custody and support. His opinion is highly regarding in the areas of complex asset valuation and division, as well as planning for the tax and financial implications of dissolving a marriage.

One of only 19 Oklahoma attorneys to be admitted to the prestigious American Academy of Matrimonial Lawyers, Mr. Mullins' legal practice has focused on traditional client representation and litigation in domestic matters in Oklahoma since 1990. He has handled numerous appeals to the Oklahoma Appellate Courts and is admitted to the US District Court for the Western District of Oklahoma.

Since 1996, Mr. Mullins has been the primary partner in his namesake law firm through its many permutations, including Mullins, Hirsch & Jones, and Mullins, Hirsch, Edwards, Heath, White & Martinez, PC. In 2013, Mr. Mullins teamed up with Tracey D. Martinez, Jamie K. Sexton and Ryan J. Reaves, all previously associated with the Mullins Hirsch firm to form MMSR Law, a firm whose primary focus is serving Oklahoma families.

Outside the legal realm, Mr. Mullins is active in many civic organizations, including serving on the City Rescue Mission Board of Directors, including three stints as the chairman in 1999, 2000 and 2001; being a founding member of Trinity Legal Clinic, a non-profit organization providing pro-bono legal services to indigent persons and currently serves on the Board and is the past President of Parent Promise, an organization dedicated to preventing the abuse and neglect of Oklahoma's children through parental education and support. Mr. Mullins is AV Rated (Preeminent) by Martindale.com. He has received numerous awards and accolades including being selected and listed by Super Lawyers each year since 2006. He has been listed by Best Lawyers in America each year since 2008, and was the Attorney of the Year in Family Law in 2012 and 2016. Mr. Mullins was also named Top 10 National Attorney by the National Academy of Family Law Attorneys.

See our profile at Lawyers.com or Martindale.com