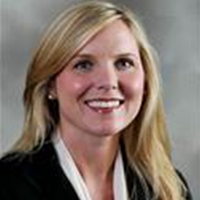 Jamie K. Sexton's law practice has an emphasis in the areas of litigation and domestic and family law.

Prior to joining Mullins, Hirsch, Edwards, Heath, White & Martinez in June 2011, Ms. Sexton was an associate attorney with the Stipe Law Firm beginning in 2002, took over the personal injury department at J. Colbert & Associates in 2007 and started her own practice in 2010.

In addition to the work she does as an attorney, Ms. Sexton is Vice-President of Near Northwest Regional Neighborhood Alliance of Oklahoma City. She also volunteers her time with the Historical Paseo Neighborhood Association and Dreamer Concepts. Ms. Sexton has done a significant amount of pro bono representation for indigent children involved in deprivation cases. She is also an active member of the America Association of Justice and the Oklahoma Association of Justice where she has served on the advisory committee.

In her free time, Ms. Sexton enjoys spending time with her husband, Brady, and their children.

See our profile at Lawyers.com or Martindale.com